We wanted to share an inspiring and amazing use of the Uwingu Mars crater-naming project. We invite you to share your naming stories and unique backgrounds with us. Tell us more here!

Ian Harnett, who writes under the name “Annie,” named his first crater “Annie Cameron” on Uwingu March 6, 2014. From this beginning, he recreated the small seaside community of Tryphena, New Zealand, in the Ariadnes Colles region and then went on to recreate Great Barrier Island, New Zealand, calling the place MIUN (Magic Island Uwingu Nation). At the end of March 2014 with ‘Egress Short Jump Jet’, when he was building the ‘Claris Interplanetary Spaceflight Portal’, he noticed that crater naming could be linked both to story and topography. From this observation, he rebuilt Great Barrier Island (Tryphena Twenty One) in the Southern Isidis Northern Libya Montes region, where he knew he could tab, tag, tie, and tuple terrains in an isomorphic methodology, and then he went on to interweave in real time a marathon taking place on Great Barrier Island with a marathon at Tryphena Twenty One.

The 2014 National Novel Writing Month event gave Ian the opportunity to write a novel (50,000 words) on UWINGU Mars in one month (November 2014) as well as incorporating the UWINGU Beam Me To Mars project. Ian reached 46,000 words then completed the novel ‘The Impossible Journey’ in late December with the purchase of the Eberswalde UWINGU Crater. ‘The Impossible Journey’ recounts the adventures of the French film director George Méliès (1861 – 1938) after he is hired by Annie Cameron to makes a movie about the first marathon on Mars. ISBN 978-1-32-032018-4 9781320320184, which was published December 2014, includes the Australia Wireframe project, where Ian transfers Australian place names to the same coordinates on Mars, and the North Island of New Zealand project, where Ian is reassembling the North Island around Waikato Vallis on Mars.

Ian is working on reassembling the asteroid belt around MIUN and then use the ‘Claris Interplanetary Spaceflight Portal’ to reach the Kuiper Belt. 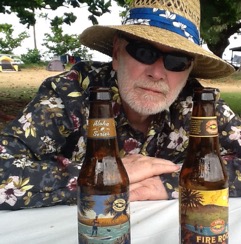 If you are interested in contributing to Ian’s Uwingu story mapping project via Uwingu gift certificates, contact us here and we’ll help with the details. And, remember, each Uwingu purchase and Gift Certificate helps support space research, education, and exploration via the Uwingu Fund.