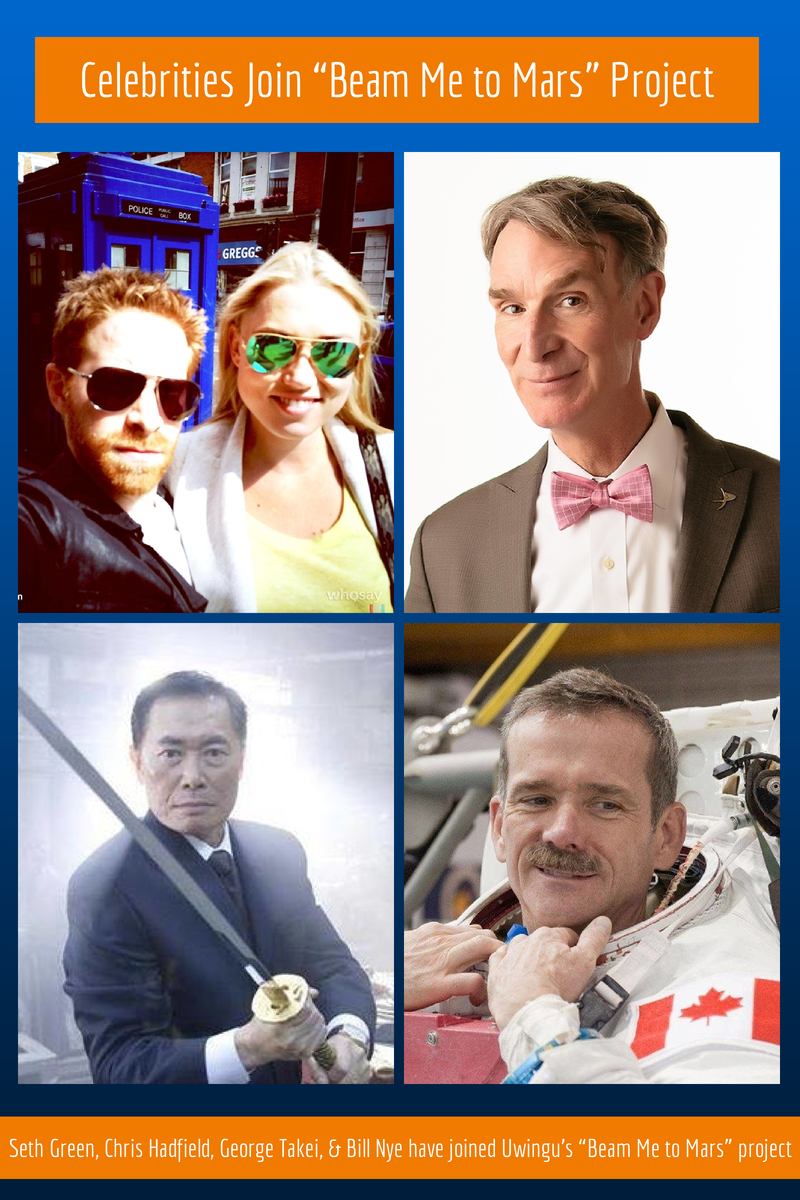 Stars, astronauts, and space personalities radioing their personal messages and pictures to Mars!

Beam Me to Mars provides the first opportunity for the people to radio personal messages and pictures to Mars. Anyone can participate. Beam Messages can be as simple as a name, or can be more elaborate, including text and even images. Anyone can send messages to Mars, and people can send as many as they want, there is no limit. Pricing begins at $5 and helps create new grants for the Uwingu Fund for space exploration, research, and education.

All messages in Uwingu’s ‘Beam Me’ transmission will be sent on November 28th. The messages will travel there at the speed of light—arriving at Mars just 15 minutes after they are sent.

The entire Beam Me message archive including celebrity messages is searchable, and all messages can be freely shared on social media.

Join celebrities and beam your message to Mars today & please tell a friend so we can spread the word!