We just announced a new way to say thank you with place names on our Mars map. Uwingu’s Mars Map will be carried to Mars aboard the first Mars One robotic lander.

Beginning today Uwingu is offering special, decorative Thank You certificates for anyone. Two certificate options are available: an electronic downloadable version and a beautifully printed and framed keepsake version. 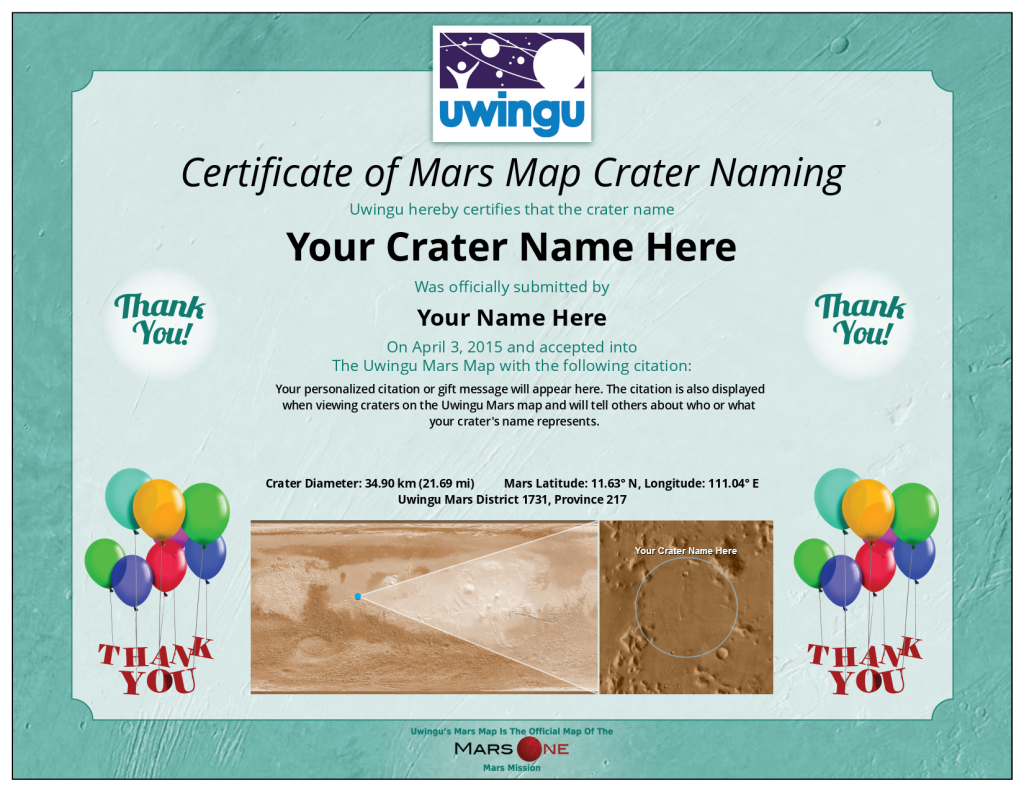 Said Uwingu’s Ellen Butler, “Never before could people send such an out of this world thank you note—say a thank you from Mars, and people will never forget it!”